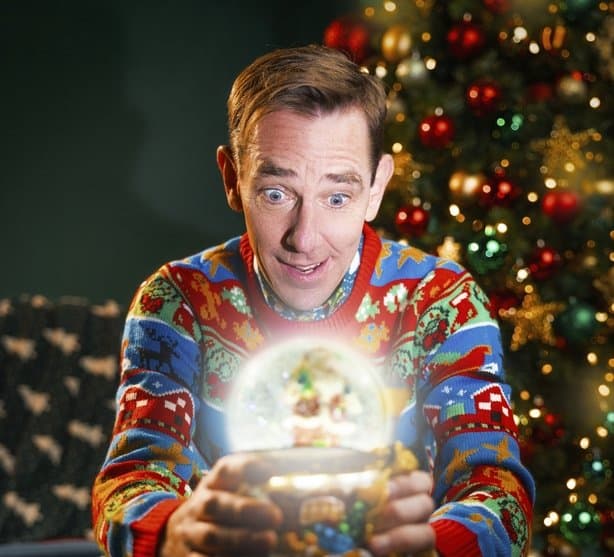 The countdown to the Late Late Toy Show begins in September every year, at least it does in my house. Plans are being made, the date confirmed, debates on what the theme might be take place in the back of the car and shopping lists for the goodies that will take them to the brink of being sick are compiled.

I won’t lie, I love it too and love seeing their excitement and the signal that Christmas has begun – there’s no point fighting it after that.

The elaborate set is magical, filled with toys, books and colour. Every ad break brings a new Christmas jumper for Ryan and the kids demonstrating their toys have no doubt been planning their outfits for weeks. So how do children who are blind or vision impaired enjoy the show in full, without missing out on any of the visual wonder?

For the last couple of years, RTÉ has broadcast an audio described repeat of the show a couple of days after the live show, as well as making it available on the RTÉ Player. Clara Murray, from RTÉ ’s audio description department, told us about how she works on the Late Late Toy Show to ensure children who are blind or vision impaired enjoy the experience in full.

“This year, I’ll have access to the rehearsal, which will be very helpful. It’ll give me an idea of the content, the children’s names and the musical numbers in advance. The opening sequence is pre-recorded so I’ll get a copy of that in advance and I can script that beforehand. That scene can be quite chaotic, there’s so much to describe, so it will be good to spend some time on that in advance,” explained Clara.

How does an audio describer, who would usually have days, if not longer, to work on a programme of this length, pull it off so quickly? “I watch it at home with everybody else and take notes. The turnaround is very quick. Usually, you’d spend a lot more time on a project that long but they key here is to get it out asap so that children can enjoy it so it’s an intense weekend.!”

Audio description fills in any visual information that a viewer who is blind or vision impaired might miss out on. The pace of the Toy Show means that Clara is trying to fit a lot of information into small gaps between dialogue or music.

“I’ll jump in with a description of what’s going on when there’s no dialogue or anything else on screen. Describing the musical numbers is tricky because I’m trying my best not to talk over singing. We ran a focus group last year and realised that the children want to know about the outfits the kids are wearing and about Ryan’s Christmas jumpers – so I’ll include all of that this year. There are other details that are important, like a little girl called Saoirse last year had a prosthetic leg with a dolphin on it, so we want children to know about that.”

Keep an eye on RTÉ schedules for the confirmed broadcast date and release on the RTÉ Player for full audio description of what’s sure to be another magical show packed with song and dance, toys, surprise guests and lots of fun.