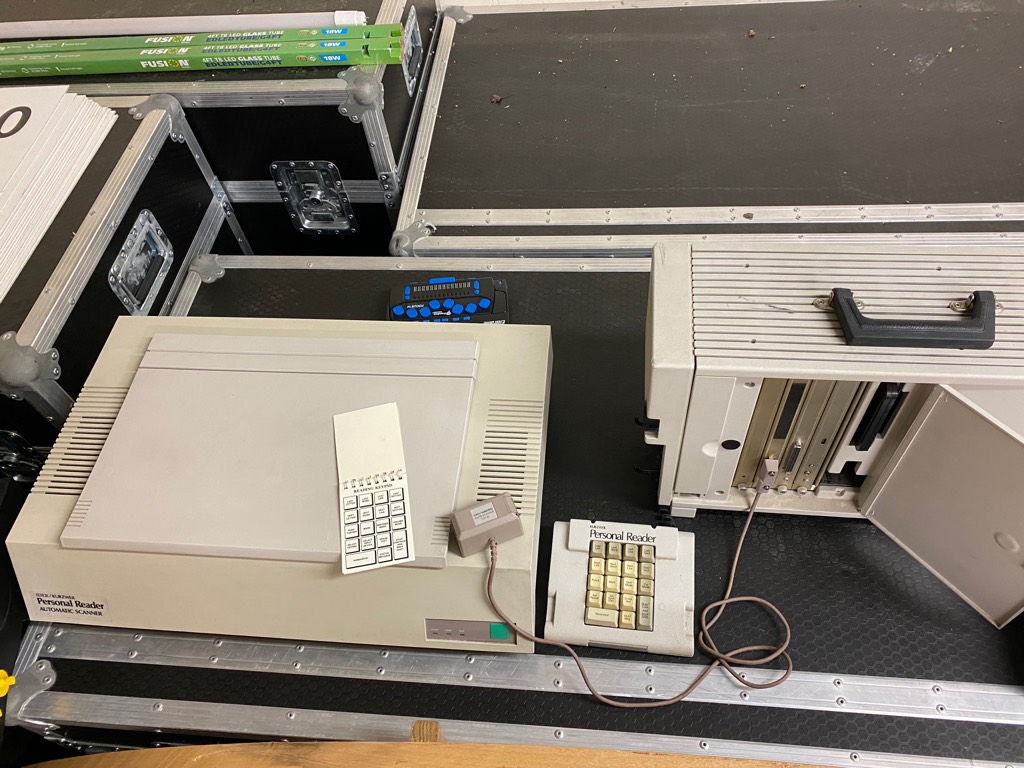 In this blog, some of our own staff and colleagues in other organisations, bring you their fond memories of assistive technology over the years.

James Everson, Sight and Sound Technology
We have a Kurzweil personal reader and scanner stored safely in Sight and Sound Technology office, which we are delighted to have in our possession. It’s a desktop PC with a handle on the top and it has a flatbed scanner and a handheld scanner. I’m not sure how old this one is but it still works! We still have the original keyboard and instructions.

This would have cost about £30,000 in its day! And we now have more scanning power in our mobile phones! But it was hugely sophisticated technology at the time.

Jan Bloem, International Sales Manager, Vispero
In the late 80s, I had an IBM screen reader that worked with MS DOS and PC. You had to plug in an external keypad and it was very easy to make mistakes as a blind person, with the leads and connections. It was used with the Apollo speech synthesiser, which was difficult to understand.

It was always a battle to get it running but my world was opening up again. I was carrying it around and could install it on every computer I was working on. It opened up so many possibilities for me.

Brian Hartgen, Hartgen Consultancy
My first experience with eBraille was in the early 80s, with a device called the Braille Link, which I connected to a BBC micro computer. It gave access to teletext, which in turn gave access to news and information and we really thought that was amazing at that time.

Stuart Lawler, Sight and Sound Technology
The Nokia Communicator 92I was the first phone that allowed me to read text messages. It was a big device with a qwerty keyboard and we really thought that was as good as it was going to get. What more could you want from a phone only to make calls and read text messages.

Now we’re open to the idea that technology will do things that we haven’t even thought of. We accepted the limitations of the technology because it’s all we had. I had a laptop that either allowed you to work off the battery or to use a speech card – but not both!

James Fossey, Sales and Marketing Manager, Optelec
I still have equipment out in the field that I sold 20 years ago. It has a huge lifespan and people really look after it because they rely on it so much. The original Jordy low vision ‘glasses’ was like a helmet when it came out years ago. They’ve gone on to make more practical, smaller devices and units that plug into TVs. But that was the start of wearable technology, which is such a growing area still.